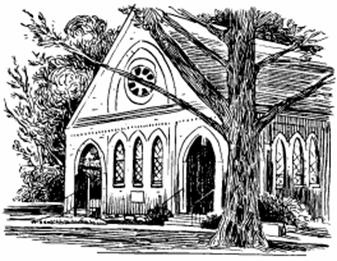 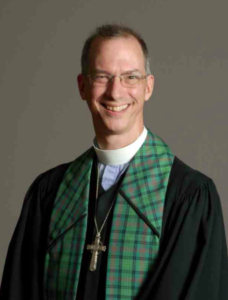 Pastor David A. Douthett is always glad to spend time with you to talk or pray about your spiritual journey or to discuss questions of spirituality or church life. He is generally in his study at the church between 1:00-6:00 p.m., Tuesday through Friday, and other times by appointment. It’s not a bad idea to contact him to confirm that he’s in.

David grew up in western Pennsylvania. He received his B.S. in aerospace engineering from Virginia Tech and his M.Div. from Princeton Theological Seminary. David was ordained to the ministry of Word and Sacrament in 1990, the same year he married Rev. Molly Whipple Douthett. His interests include astronomy, cooking, and puzzles.

Donald K. Burgess, Director of Music, has been on staff at The Catoctin Presbyterian Church since 2003. As Director of Music, Mr. Burgess oversees all aspects of the music program, serves as the accompanist for all worship services, and directs the Adult Choir.

Mr. Burgess is a graduate of James Madison University and holds a Bachelor of Arts Degree in Music Education. He was a music educator in the Fairfax County Public Schools system for 13 years. During this time, the choirs under his direction were consistently rated superior and took top honors in festivals and competitions. In addition, Mr. Burgess has been a guest conductor for choirs in Loudoun County, VA, Shenandoah County, VA and was the Music Director for an international Peace Child choir in Krasnodar, Russia. He is also a highly regarded accompanist with the Loudoun County Public Schools system where he works with middle school and high school choral and drama programs.

The clerk of session serves as the recording and corresponding secretary as well as parliamentarian for the session. The clerk is the ranking ecclesial officer of the congregation. The pastor serves as moderator of the session, with voice and vote equal to the ruling elders.

Ruling elders currently serving on the Catoctin session are: